A walkie talkie is a two-way handheld, portable radio that can communicate wirelessly using radio waves. However, most walkie-talkies don’t include video. Until recently, all two-way radio walkie talkies were mainly loudspeakers with a small LCD screen. Now, you can find walkie talkies that also support video. These new, robust, easy-to-use walkie talkies don’t need any type of WiFi connection or data to transmit video, which is particularly awesome when it works correctly.

What is a Video Walkie Talkie 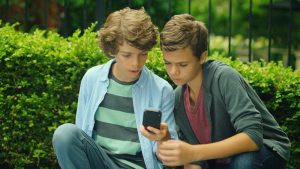 Video walkie talkies work just like their handheld, portable, two-way radio cousins. They can communicate without any WiFi, data use, or wires, just using radio waves. These walkie talkies communicate on shared frequency bands. While the connection may not be as stable as WiFi, it still works for basic video and audio communication.

Video walkie talkies are battery-powered and contain a transmitter, receiver, and antenna per unit. They each receive radio waves, transmitting voice and video over the frequency. You can talk into the loudspeaker and operate video using the button controls on the unit. The screen on the video walkie talkie doubles as a video streaming device, as well as loudspeaker and menu option selection.

The video walkie talkie works just like an intercom with streaming video capabilities. These units contain the same parts as speakers, microphones, and radios, using coiled wires, magnets, and a plastic cone to pick up and generate sounds, while streaming your video content.

You can use a video walkie talkie to talk to a person one-to-one or you can get a group of people together on a channel to transmit voice and video. The signals are received and transmitted to each unit over the channel one you press the push-to-talk button and start streaming live.

One major difference between a regular walkie talkie and one with video is that each has a camera and recording device as well. This makes them a bit more expensive and heavier than your traditional two-way radio. In addition, not all video walkie talkies are created equal. Some don’t have the clearest picture, while others are very susceptible to video surveillance. 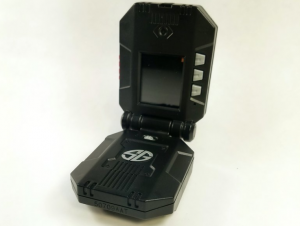 In the early 1900s, radios were considered advanced technology, but it wasn’t until 1937 that the two-way radio, essentially the first walkie talkie, was developed by Canadian Donald Hings. He was just 30 years old at the time, but he had been working on creating a communication device that would work for military use. At the same time, American inventor Alfred Gross was also trying to create a two-way radio. He succeeded nearly the same time as Hings. Both inventors went on to sell their ideas to the military for use during World War II.

Gross went on to improve two-way communicators, creating the first pager in the 1980s, making it more popular in the 1990s before the invention of the cellular phone. However, video was not used in walkie-talkies traditionally. However, it was used in surveillance equipment that could essentially transmit video over radio waves, but it didn’t come in walkie talkie form.

Motorola has developed a number of walkie-talkies for military use that use video, including a GPS walkie talkie that relies solely on radio waves. This is the defining feature that separates most communication devices from walkie-talkies, as they will need a connection to data in order to work.

Currently, Spin Master is the only known manufacturer and developer of a true video walkie talkie for personal use. Others you might see will still need a data or WiFi connection in order to work. However, the “Spy Gear” Walkie Talkies from Spin Master work over radio waves, just like two-way radio communication is intended.

There are a variety of ways that you can use a video walkie talkie, whether for business, military, or personal use. In truth, they’re also a fun tool for kids, particularly the ones designed to look like “Spy Gear.”

These are designed to be heavy duty and provide video support through radio waves. These probably have additional functions such as headsets, multiple channels, and encryption in some of the advanced versions. These two-way radios are made to work in a variety of enclosed spaces, but it may be difficult for these walkie talkies to work without interference in buildings with metal frames.

Many of these radios are made to be professionally used in tactical situations. They are heavy duty and contain encryption in order to keep communications private. They may or may not have headphones, but typically, they have longer signal ranges than your traditional analog units.

There are a lot of brands out there that use an analog unit combined with video just for fun. You can use these with your family to have fun in the house or take with you on hiking trips to stay in communication as you explore mountain trails. In other cases, these are fun gifts for kids who want to look like spies in their backyard. 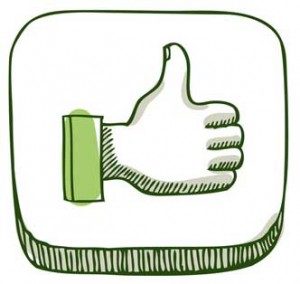 With robust capabilities, walkie talkies with video are vastly more advanced than their traditional analog cousins. While they use the same technology, you can get a lot more from seeing someone than just talking through the loudspeaker on an analog unit.

Video walkie talkies are simple to use and don’t require any data connection to transmit video. That’s a huge plus in a world with tons of data plans, expensive data usage costs, and other problems like cellular coverage. When you don’t have any cellular coverage, you can still whip out a walkie talkie and start talking to everyone on the same channel as you.

With video, you also have to consider that everyone on the channel will be able to see you as well. They’re handy in situations where you want people to listen and see what you’re doing, especially when you are out in the field. If you are giving instructions to workers on site or trying to find a stock number for an item on the floor, you can use video to show what you’re doing or demo the product, so that the other persons on the channel can help you.

Lastly, video walkie talkies are highly portable, and you can take them with you wherever you go in your group. It’s a fun way to disconnect from the data and social media world, while still keeping in touch with your family and friends. 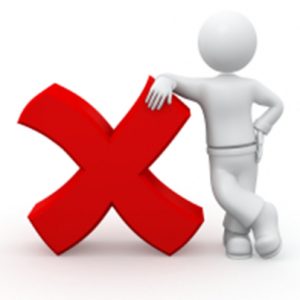 Walkie talkies aren’t a popular technology anymore like smartphones. They have fallen behind in recent years as kids toys or military tools. They’re less likely to really satisfy someone who is looking for crisp video communication. While it does have its conveniences for certain situations, video walkies aren’t going to work well in all scenarios. There are a lot of cases where there will be interference, and the picture won’t be as clear as with a data connection.

As video walkie talkies only use analog radio waves, the connection isn’t strong enough to support even 480p video. In most cases, you will struggle to get a clear picture unless the conditions are perfect. If you think about the static way in which you hear someone on two-way radios normally, this is about the same quality you’ll receive with video.

In addition, some units aren’t made with encryption. You will find that these analog units are susceptible to other devices and people on the same channels around you. That could be incredibly awkward if you don’t know what you are receiving or if you want to transmit private information.

Lastly, video walkie talkies are kind of an expensive novelty item when it comes to personal use and military use. You probably don’t need that advanced technology for at-home use, so those who are in the military may have access to higher-powered two-way radio communicators that have clearer video and menu options.

Do you need a license to own a video walkie talkie?

Nope! Anyone can purchase a video walkie talkie that runs on radio waves. However, you shouldn’t use your walkie talkie for surveillance unless you are legally allowed to do so.

What’s the difference between video walkie-talkies and regular ones?

Video walkie talkies have different components, but they operate the same as a regular walkie talkie. With a camera and recording device, you can transmit and receive video with your analog unit without using a WiFi connection. In that way, video walkies talkies are just an advancement on the traditional two-way radio along unit.

What is the range of a video walkie talkie?

There are a few things that this depends on. This includes power output, antenna, and location. Traditionally, you should be able to send and receive signals up to a range of 4 miles, but this specification should be listed in the details of your unit.

However, metal buildings and building floors can cause interference and static, so it’s not always going to be a reliable connection. Some walkie talkies have higher output and can cover a range of up to 20 miles. However, these are typically only available to the military.

How do you use a video walkie talkie?

These walkie talkies work just like a regular analog unit. You hold it up the unit with the camera facing towards what you want to record and then press the push-to-talk or recording button to start sending your message to the recipient on the other end. Your video will be transmitted in real time over radio waves to the person with the other walkie talkie.

Do video walkie talkies use VHF or UHF?

VHF stands for Very High Frequency while UHF is Ultra High Frequency. These channels basically determine how well your message will be transmitted and received by the other person. A UHF unit has a higher frequency, which means that it’s a shorter wavelength and easier to transmit. These units typically are able to distribute video more smoothly, delivering a crisper stream to the other units.

In addition, UHF works better in buildings because of its frequency range. This is the best option if you are looking for professional use.

What is the battery life like in a video walkie talkie?

Typically video walkies can last up to 12 hours when fully charged. However, it takes a few hours to charge them. If you don’t charge them for the full length, you may not be able to get the whole charge from them the next day. This is why so many companies ask employees to put their headsets on the charger before heading out for the day.

Every video walkie talkie contains the same parts as a regular unit. They’ll have a transmitter, receiver, antenna, and loudspeaker. However, they also contain streaming capabilities that are best for those who don’t want to use a data connection. While the video picture isn’t as good as you would get from a smartphone, it’s still a great idea for family and friends as a gift. If you are looking for professional use, video may not be the best option to use in buildings due to interference with frequencies.

Before you purchase any walkie talkie, you should check the specifications and ensure that it has a long range, uses UHF, and see what the warranty terms are. You want to make sure that your video walkie talkie will last more than a year or two.